The Amsterdam Dance Event (ADE), the world’s leading festival and business conference for electronic music has appointed France as its main focus country for 2019.

During ADE there will be a range of activities focused on France. Director Mariana Sanchotene states: “France has been one of the most important and influential music territories for decades, and in more recent years a really innovative market when it comes to electronic music and its sub-genres, in both the popular genres and more underground sounds such as electro and hip-hop. On top of that the French technological scene has been a successful breeding ground for music and culture related start-ups. During ADE we aim to showcase the best of the new players as well as pay homage to the rich culture that France has to offer.”

The Amsterdam Dance Event has grown into the world’s largest club-based festival and most important conference for electronic music. The event continues to develop each year, with last year’s edition featuring over 2,500 artists and 550 speakers in almost 200 venues. The five-day event runs from October 16th through to October 20th and attracts visitors from over 100 countries and features every conceivable aspect of electronic music culture, with dedicated conference programming and an extensive day- and nighttime art, film, gear, live music and pop-up program spread across the city of Amsterdam

The ADE Guesthouse to welcome scène in French Electronic Lab
Besides multiple events in ADE’s extensive conference and festival program, a major part of the 2019 focus will be the French get together at the ADE Guesthouse. On Thursday October 17th, De Balie will be transformed into the place where key players of the French electronic scene gather, to detail and celebrate the renaissance of one of Europe’s house and techno powerhouses. De Balie, situated 200 meters from ADE’s main venue the DeLaMar Theater, is hosting a day of workshops, panels, keynotes and presentations featuring France’s most active and relevant players from the interlinked worlds of labels, streaming, publishing, event planning, marketing and distribution.

“It’s now 20 years since the French Touch, so we’ll be presenting the new generation of producers and DJs; the emerging stars, and examen what has changed in the clubs and in the festival & live event scene. We will also outline key contacts for all of those sectors,” Technopol’s Tommy Vaudecrane, co-organiser of the French Electronic Lab commented. “Our aim is to guide visitors towards optimising their business exchanges both in France, and with French companies abroad. Ultimately we hope to provide people with the tools to maximise their import and export activities and to facilitate networking and engagement with new talent.”

The French Electronic Lab is part of ADE’s 2019 celebration of France and the French scène, which is part of this year’s extensive Country Focus program in both De Balie and the DeLaMar Theater.

About ADE
The Amsterdam Dance Event (ADE) is the world’s leading event for electronic music, will take place the 16th to 20th October, 2019. The organisers are expecting around 400,000 national and international visitors for the 24th edition.

Alongside the multiple conferences addressing the latest business, cultural and technological trends, and festival programming that showcases the diversity of electronic music and its many sub-genres, the organisers are committed to once again enhancing the daytime activities in 2019 through partnerships with cultural institutions and multi-disciplinary collaborations that engage with the broadest possible range of the creative industries. 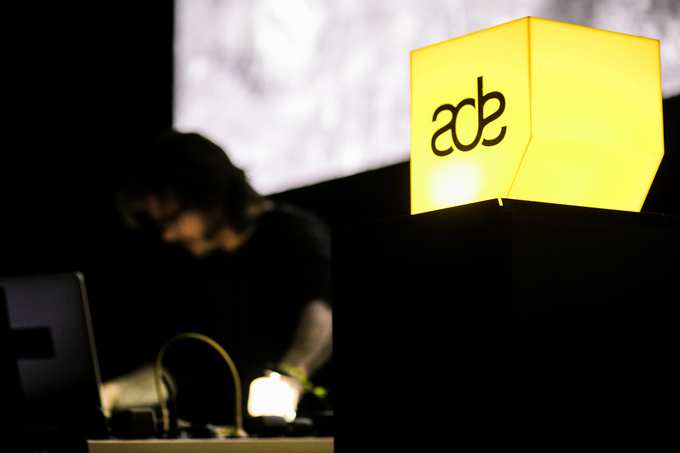 Founded in 2013, Progressive Astronaut is a carefully curated platform, operating at the heart of the electronic underground. Initiated with the intent of musical exploration, we set out to showcase innovative content to our ever growing community. Established globally our loyal following embraces our contemporary vision for cutting edge electronic music, as seen through our premieres, podcasts, interviews, free downloads and more. Progressive Astronaut is a platform for discovery, with a healthy blend of emerging artists, along with the scenes most revered names, operating as a central hub where music aficionados, DJs, artists and label managers unite in a thriving environment bound by a passion for music. The continued evolution of dance culture resonates from the core of our platform as we move forward into the future. Come join us.